When you grow first and second early potatoes rather than main crop potatoes one benefit to doing so is that you do not have to store them – they can just be dug up as and when you want them.

Freshly dug up early potatoes are the smallest and taste great – and taste all the better for the fact that they are home grown and (kind of) free compared to the highly priced ones in the shop.

As the potatoes get bigger over the coming weeks they are still tasty, but not quite as much of a treat as the early ones can be. Still ideal for roasting and can also work well sliced thinly and gently fried in a pan.

One benefit to growing potatoes that we can dig ip in the early summer is that it leaves space that can be made use of for something else to be planted – something that doesn’t happen with main crop potatoes.

There is also an advantage that the first and second early potatoes will usually be out of the ground before things like blight and other potential issues with growing potatoes have appeared. 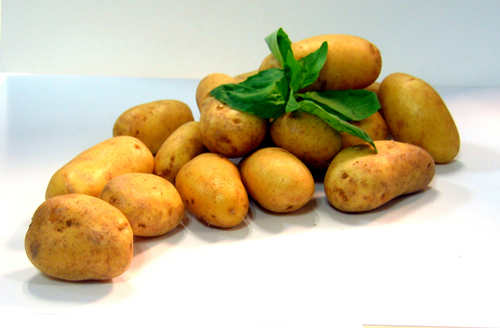